Jack In A Pot Online Pokies 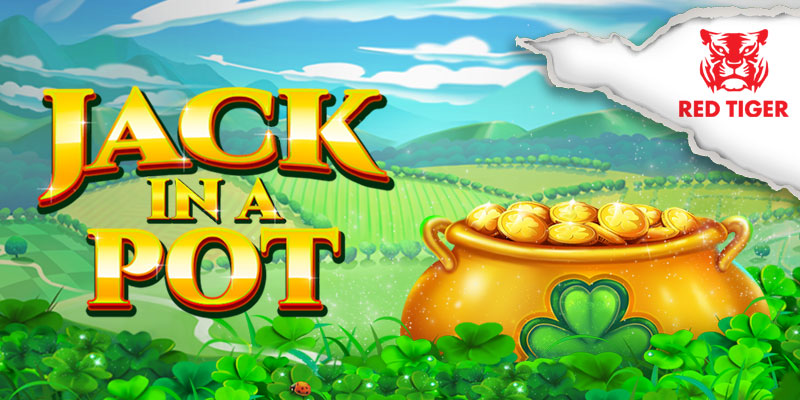 If you love to play online pokies with Irish-themed elements, then Red Tiger’s Jack in a Pot is likely to catch your eye. Colourful, fun and easy to get the hang of, it’s just one of the many casino games on offer at Platinum Play, where scores of Microgaming and NetEnt pokies make an appearance. Featuring special bonus rounds, theme-appropriate symbols and pristine graphics, those players who enjoy the ambience of a live casino floor can feel free to turn up the volume, as Jack in a Pot also boasts fitting audio to heighten your entertainment experience. As for Red Tiger, we’ll give you a bit of a background in a short while – for now, suffice to say, they’re one of the newest software providers to partner with our online casino, and we’re excited to be able to offer our tribe new and varied mobile-friendly online pokies to play wherever possible, this being one of those occasions! Without further ado, let’s take a closer look at the reel-side treats that Jack in a Pot could potentially award when launched at Platinum Play.

Impressing with its 7x7-reel area, which is usually a 3x5-reel offering in most other modern pokies games, Jack in a Pot instantly opens up a window of opportunity – something not all casino games can attest to doing. This subtle increase in reel area means that Jack in a Pot players could stand to trigger payouts of up to 1743x their stake, with the right symbol combinations. Another feather in Jack in a Pot’s cap is that it’s traded in paylines for a Cluster Pays mechanic, which, in this case, awards payouts for clusters of between 6 and 40-plus symbols. Symbols need simply land adjacently to one another, either vertically or horizontally, to qualify. Classified as a medium volatility creation, players who enjoy a sense of balance in their online pokies sessions would probably find this a satisfying option to test out. This can be done in demo mode at Platinum Play, members simply need to have an existing account to log in and launch the game on a device of their choosing.

What would an Irish-themed pokies game be without a rainbow, leprechaun, or pot of gold? Not much, if you ask us! Luckily, Jack in a Pot features all three of these in its graphical repertoire – although not necessarily in its symbol pack, which is a rather unique occurrence, in our opinion. The low-value symbols players will come across include a set of card suit icons, while the high-value variety include a green bowtie with a four-leaf clover motif, an upside-down horseshoe, a coin-filled leprechaun boot and a clover-themed gold coin with silver trimmings. So, where does the rainbow, leprechaun and pot of gold imagery come in? When bonus features are awarded.

As players bet, they’ll notice a pot of gold stationed alongside the reels. This is where Jack, the leprechaun, is laying in wait. When he does, Rainbow Swaps, Glass Mug Reels, Pipe and Hat Trick features could occur, awarding all manner of thrilling rewards. Rainbow Swaps, for example, can swap random symbols for bigger potential payouts whenever a Rainbow Wild forms part of a potentially winning cluster. Glass Mug Wilds pour new symbols onto the reels when active, while the Pipe converts high-value symbols into Mega Tiles at random, increasing the potential of a payout under the right conditions. Hat Trick, on the other hand, removes low-value symbols from the reels, trying to achieve the same end game as the Pipe bonus.

To trigger Free Spins, players of this online pokies will need 4 x Free Spins symbols from a single spin, represented by a four-leaf clover. Once active, players will be awarded 8 Free Spins, where potential symbol payouts could be triggered.

A popular casino games creator, Red Tiger is well-known around the world, and a proud bearer of numerous industry awards. This is the first time Red Tiger products are featured at Platinum Play, and their online pokies can easily be found on login. Besides Jack in a Pot, they’ve released plenty of high-quality pokies over the years. Established in 2014, Red Tiger shows no signs of stopping and their ambitious designs settle easily amongst the creations of our other well-known software suppliers, Microgaming and NetEnt. Our range of games is always growing at Platinum Play too, as our software providers are equally committed to keeping the fun times going with new mobile-friendly releases available every single month.